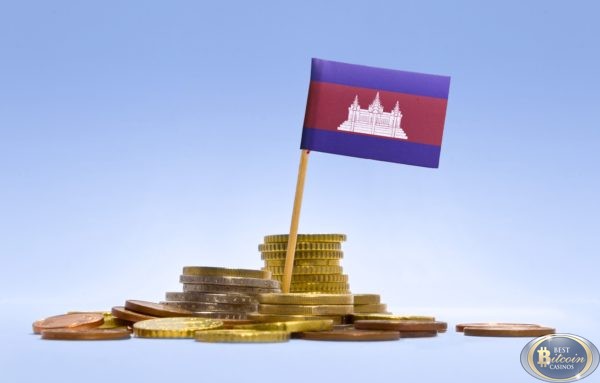 Cambodia is a country that knows a few things about adopting a currency. The southeast Asian country has a long history of using multiple currencies across the world. One can take American dollars to Cambodia and buy 7 pastries on the street for the price of $1.00. Even though the native currency of Cambodia is the riel there are many ATMs that will only dispense U.S dollar. In fact most ATMs don’t even offer riels at all. For these reasons many spectators believe that Cambodia might help push forward mass adoption of the electronic currency bitcoin. Originally seen by many as a fad bitcoins have grown into their own with many stores allowing for the use of bitcoins and many investors looking to get into bitcoin investment opportunities.

When A Bank Blows Up

One of the most tragic events in the history of Cambodia was the explosion of its Central Bank. In 1975 the Central Bank of Cambodia was bombed by the notorious Khmer Rouge. The end of it 21 year run also marked the end of the riel as a used currency in Cambodia. Even after the Khmer Rouge was driven out of the country by Vietnam the damage done to the riel made reintroducing the riel and the Central Bank difficult. The efforts to restore the value of the riel were happened when the United Nations took over the country and allowed American dollars to pour in and devalue the local currency.

The Land Of Many Currencies

While the circumstances that lead to the rise of the dollar in Cambodia were unfortunate there is still a good argument for the use of multiple currencies. With multiple currencies in use exchanges become much less necessary to conduct commerce. The use of the Indian rupee in Bhutan and Nepal a great example of this convenience in work. A better choice than any physical currency is the electronic currency bitcoin. Bitcoins are global, easily transferred, and finite. The steps needed to put bitcoins into full use in Cambodia wouldn’t take much effort. ATMs would give receipts in both riel and bitcoin to help customers understand the exact value of their bitcoins within the national currency. Bitcoin exchanges could prove to be a job creator when small businesses spring up to help exchange one currency in exchange for another.

Leave The Choice To The People

Ultimately the adoption of bitcoins is up to the people of Cambodia. Bitcoins wouldn’t necessarily take over the riel but the option would give Cambodians a choice. The current option to use either dollars or riels has already proven successful, but the bitcoin could prove to be an even greater success.