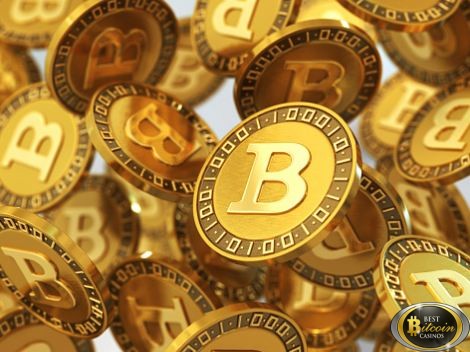 Despite its popularity, there has always been a worry within the Bitcoin community as to its long-term scalability potential. Specifically, as the more and more block-chains get processed, and Bitcoin’s market cap increases, there are concerns about how it can fully position itself into the global economy as an alternative to traditional currencies. In fact, a number of individuals and organizations within the Bitcoin community have been debating possibilities for years, and ultimately reached an agreement towards the end of 2015. Thanks to the efforts of Gregory Maxwell, Bitcoin has a stable road map for its movement forward.

Of course, not everyone has agreed with the new direction that Bitcoin is currently undertaking. One of Bitcoin’s former developers, Mike Hearn, actually left the project entirely over disagreements with how Bitcoin should scale over the years. Adding insult to injury, Hearn publicly declared Bitcoin to be a failure after leaving the project, and outlined all of his concerns in a lengthy blog post.

One of Hearn’s concerns centered around network congestion, and its role in preventing new users from adopting Bitcoin. Since Bitcoin must process block transactions, and has a hard limit on the maximum number of transactions that can be processed at a single time, issues have arisen in the past over too many transactions occurring at once. Although these issues have still not been remedied, Bitcoin’s popularity growth doesn’t seem to actually be affected too much. How is this possible?

While the number of users that ultimately chose not to adopt Bitcoin can’t be truly known, what is known is why users currently use the cryptocurrency. Specifically, most of the people that are keeping the system afloat and in the public’s mind are the people that are least affected by network congestion. These users choose to use Bitcoin for two primary transactions: buying bitcoins and selling bitcoins. Since their actions are somewhat limited on the system, they are notably less affected by network congestion and any other potentially inefficiencies that Hearn warned about.

In addition to people that are interested in Bitcoin for its investment potential or symbolic nature, there are also those that adopt Bitcoin due to simply having no other choice. When someone wants to purchase something in a market that doesn’t accept their currency, it’s far simpler to just use Bitcoins rather than go through a different, potentially untrustworthy, financial institution.

Although Bitcoin has seen considerable success over the past several years, there are still plenty of features that need to be implemented or improved upon before it can be considered a fully global currency. As of now, Bitcoin does a good job of protecting its users and ensuring they have fast transactions, but it can always do better. With that in mind, there are plenty of improvements planned for Bitcoin over the next year, which specifically aim to make transactions even more secure and even quicker. Interestingly, these changes are being introduced to the system in a “soft” manner in order to protect the system from any changes that could be deemed “political.” If users disagree with the direction that Bitcoin’s new systems are taking, they can simply opt to roll-back their own application to before the changes were made. It seems that this compromise will help keep Bitcoin as the leading digital currency for users who are eager to move away from traditional currencies and instead head into the future of a shared global currency.