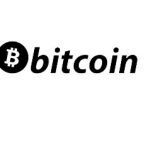 Bitcoin is a unique digital system that functions as currency on the internet. As a system, it can be used for making and accepting payments without having the oversight of some central regulatory agency. In order to get a better understanding of Bitcoin, understanding how it differs from other currency systems, what it is based on, the unique characteristics that have helped it succeed and the legality of it as a system are all necessary points of discussion.

Like online gambling? : Are you looking for the best bitcoin casinos for 2016?, check out our homepage for more.

Bitcoin is similar to other monetary systems in the sense that it can be used to make electronic purchases, as other currencies can also be traded electronically. What makes Bitcoin unique compared to these other systems is that there is a lack of centralized oversight. As a whole, Bitcoin is not controlled by any institution, meaning each user is responsible for managing their own stock of Bitcoin, and the community as a whole is responsible for processing transaction verification.

As a digital currency, Bitcoin utilizes the “block chain,” which is essentially the public ledger for each transaction processed. The block chain transactions are processed through “mining,” which is when the processing power of other users that have loaned their power to the collective process and validate Bitcoin transactions. This process also contributes to the creation of Bitcoin, which will be discussed later. This ensures that the digital signature of the sender is validated and that each transaction is authentic and the Bitcoins are only spent once.

Unlike traditional currencies, Bitcoin does not have a physical or printed currency. This is a critical part of the Bitcoin system, as more Bitcoins cannot be minted or produced to offset debt, which would then devalue Bitcoin. As mentioned earlier, mining is the process in which Bitcoin transactions are validated, but this is also the contributing process that “creates” Bitcoin. When bitcoins are created during this process, the user can then store bitcoins in a “wallet,” which is a digital holding system that allows sending and receiving bitcoins from a unique wallet address. This mining system keeps Bitcoin from being created or churned out infinitely. A part of the foundation of Bitcoin is that there are a finite amount of them available; 21 million bitcoins total. These bitcoins, however, can be divided into smaller portions, similar to how many physical currencies can be divided into full and partial amounts.

Bitcoin is not based on gold, silver or other valuable materials, which is what physical currencies are based on. Bitcoin is based on mathematics, which is managed by software that follows mathematical formulas to produce them. This allows Bitcoin, as a system, to hold value, because it creates trust and fosters adoption among users. Bitcoin is no different from other currencies in that its value is derived from those willing to utilize them and accept them as payment for goods or services. Bitcoin is just like other currencies when it comes to the volatility of supply and demand. When demand for bitcoins goes up, the price goes up, and conversely, when demand drops, the price drops.

There are several characteristics that make the Bitcoin system different than other currency systems. First, it’s anonymous for the most part. Although the transactions are stored in the block chain ledger, the user can create a wallet that is not tried to any of their personal information. Even though these transactions are visible in the block chain, the only identifiable information that can be seen is the wallet address. Additionally, Bitcoin is not controlled or supervised by any central regulatory system. All of the machines and processing power that are used to process and validate transactions make up the Bitcoin network. Due to this, no one agency has the power to change Bitcoin policy or take people’s bitcoins away. Bitcoin is also quick and efficient when sending or receiving payments. Once the Bitcoin network processes and validates the transaction, the bitcoins are deposited in the recipients wallet. However, once bitcoins are sent to someone, they are gone forever. The only way to get them back is for the recipient to return them. This means that being cautious when sending bitcoins to other wallet addresses is critical.

When it comes to the legality of Bitcoin, this is a point of discussion that is still active around the world. Although Bitcoin is not labeled as illegal in any jurisdiction at this time, there are countries the world that attempt to restrict or ban the use of any currency that is considered foreign. Just like other currency systems, Bitcoin can be used for legal or illegal activities. While this is a potential drawback, the benefits and security available mean this system offers many more positive aspects than negatives ones. These positive aspects include the inability to produce counterfeit bitcoins and that users cannot be charged for unapproved purchases.