Bitcoin vs. Altcoins: A Gambling Perspective

Bitcoin vs. Altcoins: A Gambling Perspective 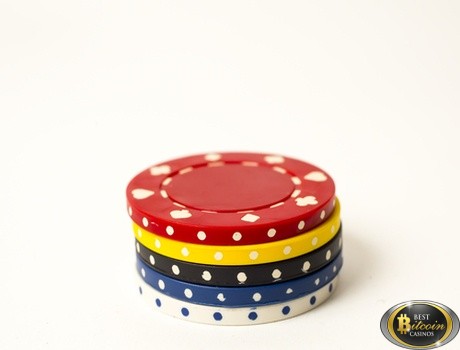 While Bitcoin is certainly the biggest player in the cryptocurrency world due to its bigger fan base and developed infrastructure, it is not the only competitor. Over 500 other cryptocurrencies exist, many of which are considered to be potential challengers to the Bitcoin’s supremacy.

All cryptocurrencies share certain common features: they were created to provide anonymity, enhance speedy transactions, and to provide a larger stock base. However, they also exhibit certain distinct differences. For gamblers who are still undecided on the best cryptocurrency to use, here is a brief comparison between Bitcoins and Altcoins:

From a wider perspective, none of the Altcoins would have been known without Bitcoins. Basically, all cryptocurrencies—Litecoin, Ripple, Etherum, I/O coin, Dogecoin, and Bitshares among others—are based on peer-to-peer network visualized by Bitcoin’s founder, Satoshi Nakamoto—a decentralized network that’s impossible to trace by banks and other financial authorities. However, in terms currency supremacy, Bitcoin has always been on top—it’s US$600 more worth than its closest competitor, Etherum, and it is the only cryptocurrency with real-world adoption (accepted at Steam, Virgin Airlines, Dell, Expedia, and hundreds of casinos). In fact, the earliest takers of Bitcoins were online casinos which rewarded winners at video poker games, slot machines, or virtual roulette with Bitcoins exclusively.

When it comes to financial security, Bitcoin still carries the day. Altcoins can easily be manipulated by big players in the market by purchasing large amounts of a given cryptocurrency and inflating its price before crashing its market. On the long run, the value of the target cryptocurrency drops dramatically and may fail to recover. On the hand, Bitcoins are harder to manipulate considering that its market cap is too big for a single organization to influence its price directly. Consequently, its prices tend to be more fluidly and naturally.

Additionally, a number of Altcoins have been the target of malicious attacks which has in turn given them a bad reputation. The DAO token and other smaller cryptocurrencies, for instance, were negatively impacted when Ether Network fell. On the contrary, for a very long time, Bitcoin hasn’t had a major hack, thanks to its solid coding feature that has stood defiant over the years. Bitcoin remains the safest and most encrypted cryptocurrency.

Despite the strong features that Bitcoins boast of, Altcoins are also uniquely endowed with certain features which can come in handy, especially for gamblers. To begin with, Litecoin, one of the popular Altcoins can be generated in blocks of 2.5 minutes compared to 10 minutes wait time for Bitcoin. Besides currency, Altcoins also incorporate a wide range of assets and built-in exchange that enhances easier trading of the assets against one another.

Moreover, Altcoins provide greater opportunities for gamblers and other entrepreneurs who swim in the wild waters of virtual currency. Through Altcoins, they can create millions over night considering that the growth of the numerous assets can hit an inconceivable rate.

So which cryptocurrency is the best? And will Altcoins ever overtake Bitcoins? Although the first question is based on one’s preferences and other obvious factors, the latter remains a million dollar question. Nonetheless, cryptocurrencies are here to stay. In fact, with the increased adoption of contactless payments and various forms of digital wallets, the idea of walking into a physical store and paying with a Ripple or a Bitcoin no longer seem like a pipe dream. Their level of reach might not be as deeps as corner groceries or ice-cream vans but it is already possible to shop and order pizza using Bitcoins.